How a “Great Reset” Could Change the World 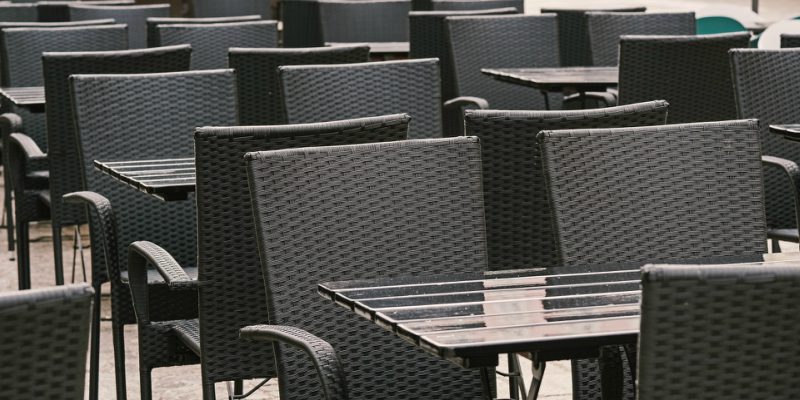 This has been a year of huge changes on every front. Political changeovers and climate disasters have occurred around the world on top of the sweeping effects of the coronavirus pandemic that has kept people at home and moved businesses online. No one has been untouched—there have even been changes for virtual businesses and online casinos, too.

With all the upheaval, it’s only natural to be worried about the future. But many see opportunities for widespread change in response to our new reality. The World Economic Forum (WEF) is at the forefront of this drive for change. They’re a not-for-profit based in Switzerland, and for decades have brought together leaders from around the world to improve society. They’ve had a big impact in issues like climate change, cybersecurity, trade, health, and more. And now, they’re in the news for their proposed “great reset” in response to the COVID-19 pandemic.

The idea behind the great reset is to build a more resilient global community. It’s not just about building back after the devastating crisis, but about creating a worldwide system that’s more flexible, prepared, and cooperative, which could therefore better respond to future crises. There’s still a lot of uncertainty about what exactly this would look like, which has spawned widespread conspiracy theories, confusion, and scepticism. We’ll help you understand what the WEF is working on and how it could change the world for the better.

It’s easy to look at this year in a negative way. Over a million people have died from COVID-19, with over 50 million confirmed cases worldwide. As a result of lockdowns, there has also been a sharp economic downturn, which economists predict could lead to a situation worse than the Great Depression.

The upside is that whenever societies and governments have to rebuild, they have the opportunity to do so differently. The circumstances of the last year have thrown light on global issues such as economic inequality, lack of governmental coordination, flawed policies, and even our personal and social relationships.

Since so many things have changed at a fundamental level, the WEF believes, it’s the perfect time to change how we make decisions in politics, business, and society. They describe their initiative as having “a set of dimensions to build a new social contract that honours the dignity of every human being.” As we face this significant turning point in history, many people are still unclear on what exactly a great reset could change. The vagueness of the WEF’s initiative is frustrating to some during a time when everyone is looking for answers. But good ideas take time, and the Forum is bringing in experts from around the world to weigh in on what needs to be done and formulate a plan.

While the pandemic is one of the root motives for the initiative, it’s far from being the only problem the WEF is seeking to solve. Their wide-reaching project will include climate issues and global relations, as well as questions around how to make better use of human capital. Essentially, they want to look at how each country can use their unique resources to rebuild our world.

The logical next question is who, exactly, would be responsible for this reset. The WEF has stressed the importance of global collaboration, bipartisan cooperation, and foreign policy in order to effect meaningful change. They’ve called for the United States in particular to refocus its foreign policy in the interest of global recovery.

The United States has had the highest number of COVID-19 infections and deaths worldwide, in spite of being a relatively wealthy country. The WEF has analysed this situation at length and looked at the unexpected disparity in how rich and poor or emerging countries have handled the pandemic. In many countries, such as in Vietnam, their research has shown that money is not as much of a predictor of pandemic resilience as the power of wisdom and willingness to learn from other countries. They’ve concluded that having a system that’s open to change makes a community better suited to handle crises, both in public health and other arenas as well.

They’ve stressed great reset will only work if it’s a conversation and if everyone steps up to collaborate and share knowledge. The spread of misinformation, particularly surrounding the pandemic, has had an extremely detrimental effect on any early efforts to recovery. In the weeks since the WEF announced their new initiative, there are already countless conspiracies about their intentions, connections, and influences, in spite of their decades-long track record of impactful work. It’s important to think critically about these initiatives and rely on the wisdom of experts to help us move forward.

What Issues Will Be Addressed?

The global reset doesn’t just aim to respond to the pandemic. The WEF is taking advice from experts about a range of issues that could be resolved by reform. Their agenda has three main components.

This component is broadly focused on improving economic policies worldwide. That includes trade agreements, tax policy, and responses to public debt. It also seeks to change policies like fossil-fuel subsidies that have long-tail effects on climate change, as well as to implement intellectual property policy to foster innovation.

Each time a government makes an investment, the WEF believes they have the opportunity and responsibility to advance shared goals. That means investing in a new and better system instead of just trying to fix the old broken one. Many countries have watched as their system crumbled under the stress of a global crisis, and they now have the opportunity to rebuild with a smarter approach. This might include investing in better infrastructure or addressing environmental issues.

In response to the hardships of the pandemic, business, universities, and individuals have had to be creative to keep things up and running as smoothly as possible. The great reset will aim to create public good through this same type of innovation. This could include responses to issues in healthcare, education, and more.

If the initiative sounds very broad, that’s because it is. Experts have suggested that we can’t rebuild our economies and societies by only addressing the issues on the surface, and instead need to take an in-depth look at reality and find ways to improve. One overarching theme in all of the proposed changes is a willingness to rethink capitalism and how it affects the way the world works. As people have faced extreme economic difficulty (in many places without help from their governments) and put their lives at risk to go to work, many people are beginning to question the system, particularly as they watch the rich get even richer. Companies like Amazon have been under fire since they’ve made huge profits from the pandemic but have failed to protect their workers.

As a result, the idea of stakeholder capitalism has started to gain traction for socially conscious economists. Rather than being focused on maximizing profit at all costs, this principle suggests that we can operate a capitalist system more responsibly. It takes into account the interests of workers and their communities, as well as the environment.

However, many companies that already tout their subscription to the philosophy of stakeholder capitalism still aren’t effecting meaningful change. The great reset could encourage companies to use their positions of power for good, backing up their words with real policies that benefit workers and protect the environment.

The past year has shown us countless examples of resilience and strength in the face of difficulty. As offices and schools have shut down, we’ve had to reimagine the way we work and learn. Our free time has been completely transformed as well, particularly as many people are preparing to face a holiday season that doesn’t include travelling to see their families. Rather than letting these hard times define the year, though, the WEF and similar-minded organizations are suggesting that we use this as an opportunity to do better, for the benefit of everyone. It certainly won’t be easy to rebuild society from the ground up, but it seems more possible—and certainly more essential—than ever before.

Taking a step back to consider the factors that led to our current crisis and plan a better route forward can change the world. Even though the WEF’s great reset is still abstract in many ways, it’s encouraging to see that efforts are being made to lift the world out of the crisis and go into the future stronger.